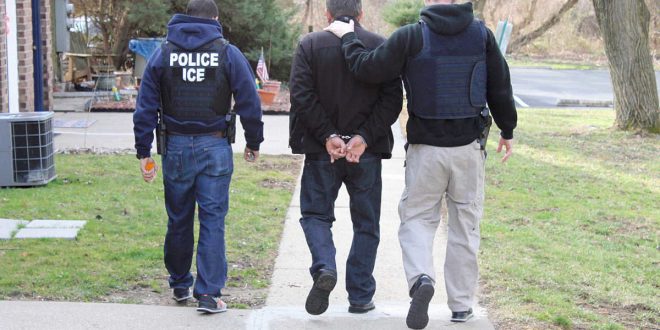 Immigration and Customs Enforcement Agents (ICE) have arrested 248 criminal illegal aliens in the the Pennsylvania area during targeted enforcement from February 27 to March 10.

Of those arrested, 50 illegal aliens had been previously deported.

Here are some of the highlights from the ICE raid.

— Additionally, 50 illegal aliens had been previously removed from the United States and subsequently re-entered illegally.

— Six illegal aliens have been accepted for prosecution by United States Attorneys’ Offices for charges including reentry after removal and document fraud.

How did local news cover the arrests?

Foreign nationals? Technically correct, but it makes no mention of their legal status until four or five paragraphs into the article.

The article mentions the fact that some of the aliens arrested had illegally re-entered the country, but the only mention of the fact that the targets were illegal aliens comes in the article’s final paragraph…